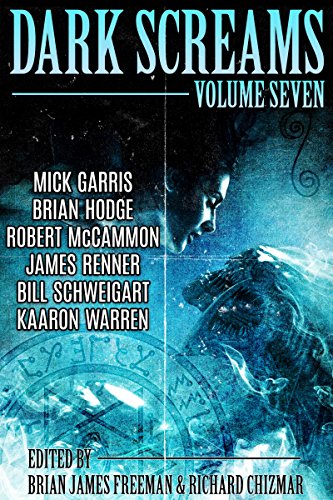 I have new short story out in the latest Dark Screams collection of spine-tingling horror. It’s called A MONSTER COMES TO ASHDOWN FOREST, and it follows an aged Christopher Robin who must return to the Hundred-Acre Wood after a young girl is murdered, there.

“James Renner did a fantastic job with the Pooh story. Oh dear, what has become of my eeyore and piglet? It will take awhile to get over those images.”

“I have to hand it to James Renner because his story A MONSTER COMES TO ASHDOWN FOREST (IN WHICH CHRISTOPHER ROBIN SAYS GOODBYE) not only knocked the ball out of the park, it knocked it out of town! To see the Pooh stories turned into dark fiction pleased me to no end! Five FAT stars!”

“My favorite story was A Monster Comes to Ashdown Forest (In Which Christopher Robin Says Goodbye) by James Renner, one of the authors with whose work I was previously unfamiliar. We find out that Ashdown Forest was actually the 100 Acre Wood from those lovable Winnie the Pooh books when Christopher Robin, the patient in an convalescent home, requests to go back one last time. When they arrive, they are greeted by the “real” Eeyore and meet the rest of the somewhat timeworn gang. It’s kind of a nightmare version of Winnie the Pooh – a great read for anyone who has read those books or watched those movies a thousand times to children who just can’t get enough.”