Gordie and Skoot Kill a Bear 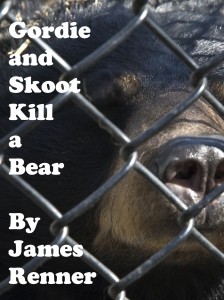 Two young veterans return to Iraq to reclaim their souls, which fled from their bodies during combat.

This is a weird story for me. It’s the first story I’ve written about war, for one. It’s also an exploration of an old Native American idea, that when a man experiences trauma, his soul may flee his body. I wondered what an Iraq veteran might make of that. Then I started to imagine these two odd ducks, Gordie and Skoot, members of a Marine company who did something terrible in the heat of battle and now must face their past in order to reclaim their figurative and literal souls.

I may revisit Gordie and Skoot sometime in the future. Think of this as the first quarter of a longer novel but also a stand-alone story  about a couple decent Marines trying to atone for old sins.

Available on all formats at Smashwords and Amazon for $.99