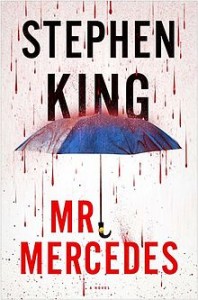 I haven’t posted a review for some time, but that doesn’t mean I haven’t found some good reads. Holed up because of the Ohio cold, I returned to a couple of my favorite writers this winter, and discovered a new favorite as well.

First up was Mr. Mercedes, by Stephen King. The first thing you should know is that this is one of those rare King stories without any hint of the paranormal or the fantastic. It’s a straight gumshoe detective yarn about a retired cop trying to track down a deranged killer. I always love returning to King. I can hear his voice when I read and his pacing is maddeningly suspenseful. But this feels like one of his in-the-middle books, the kind that come between greater works of his, transitional. There were parts I really liked. The love affair was sweet and honest. And knowing who the killer is from the beginning was daring. I wanted one more… something. 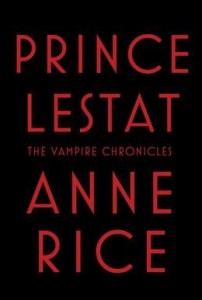 Next up was Anne Rice’s return to the Vampire Chronicles, Prince Lestat. I devoured her books the year after I graduated from Kent State. I have always been fascinated by how she can write such tender characters so full of life who happen to also be undead. Beautiful writing at times. Just poetic. This book is like the Avengers of the Vampire Chronicles, with every major and minor character coming together to fight the Big Bad. As such, it gets a little weighed down with introductions and at times feels a little Old Testmenty with the lineage stuff. Whatever. It was great and I read it with a smile on my face the entire time. 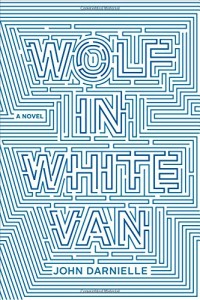 Finally, Wolf in White Van. Very short novel by a great lyricist about a kid who attempted to commit suicide but only managed to blow his face apart. Since then, he has constructed an elaborate fantasy world in a text-adventure game which people play the old fashioned way – by mail! Very cool concept. Cold and nihilistic. And yet it is somehow also about the beauty of the world and of surviving it. Each sentence is a gem but I need to read something more cheery next (alas, I’ve finally picked up The Corrections and can’t put it down.)